Stand-up paddleboarding is usually associated with places defined by warm waters. Like, say, Belize. Newfoundland, where the Atlantic Ocean off the east coast soars to a summer average of about 12°C (and a balmy 15°C or so off the west coast), is not one of these places. My trip to the island a couple weeks ago was a family road-trip holiday, but we just happened to have space for a pair of inflatable SUPs in our van, and I just happened to have freelance assignments from Paddling Magazine and Mountain Life for articles about paddleboarding on the west and east coasts of Newfoundland respectively, so I had no choice but to hit the water, chilly temperatures notwithstanding.

As it turned out, our visit to the island coincided with the tail end of a record-breaking heat wave. The summer weather across Canada and around the world has been disconcerting to say the least, and gives some urgency to my argument that paddleboarding can help us re-establish a deeper relationship with and sense of stewardship toward water as part of a broader societal response to the perils of climate change. But it also meant that my day with Robbie Hickey of Gros Morne Adventures on Bonne Bay in Gros Morne National Park was pretty darn idyllic, as the above photo shows. (All images in this post were taken by my amazing and talented and very patient wife Lisa Gregoire.) And my evening wetsuit-adorned paddles from the beach at the park’s Green Point campground (below), which included catching a few waves, were heavenly too.

A writer’s desire to paddleboard throughout Newfoundland was unique enough to catch the interest of CBC radio, which featured me on the province-wide afternoon show one day. Frankly, I’m surprised more people don’t paddleboard on the island. Our outing on Conception Bay near St. John’s with Rick Stanley and his crew from Ocean Quest Adventures drove this point home. The water was calm and pleasant to jump into on a hot August afternoon, and paddling near, into and through the cliffs, caves and sea tunnels of Bell Island (below) was a spectacular and unforgettable experience. 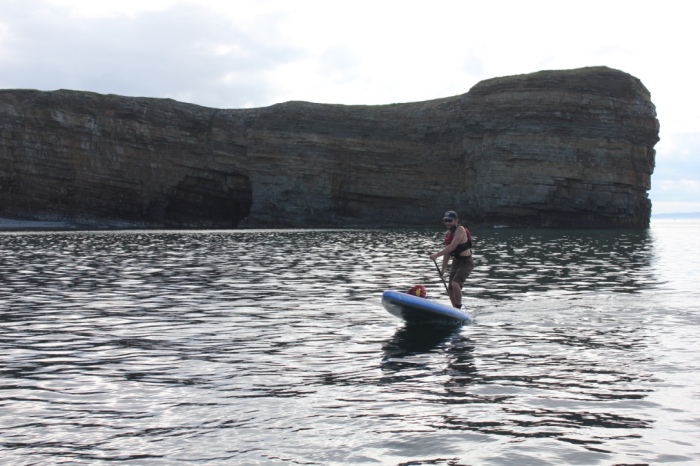 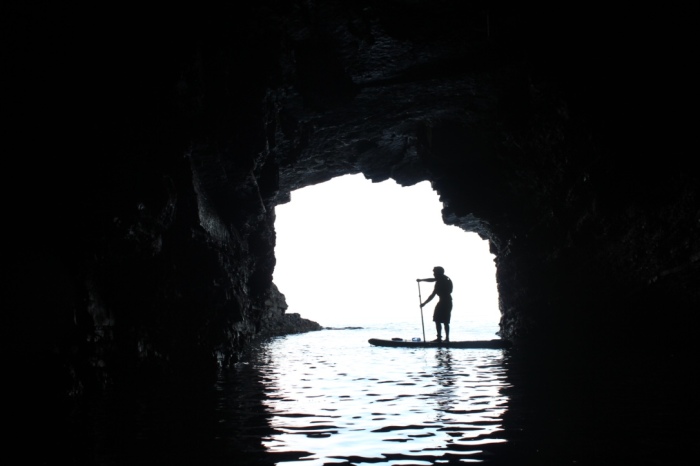 I also took a relaxing spin amid eagles and loons on the Humber River near Corner Brook courtesy Newfoundland paddling guru Joe Dicks of the Marble Inn Resort and Explore Newfoundland. And had a mind-blowingly incredible morning of paddle surfing at an undisclosed location near St. John’s that a local guide had recommended — undisclosed because locals are very secretive about their surf breaks, as this CBC radio story explains. And, because the cottage we rented on the outskirts of St. John’s for a week was right on the water, I also had to take a quick spin in historic St. John’s harbour. Maybe it wasn’t legal, but I couldn’t find anything online saying it was illegal, and Lisa’s wise counsel was to give it a shot and apologize later rather than ask first and be told no. So I scanned the water for ships and, satisfied that the coast was clear, enjoyed a very brief paddle with views of downtown, Signal Hill and the Narrows as Lisa took photos from our deck. 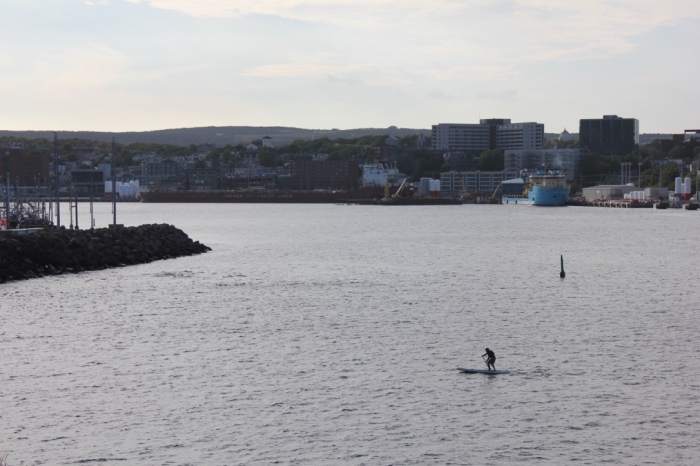 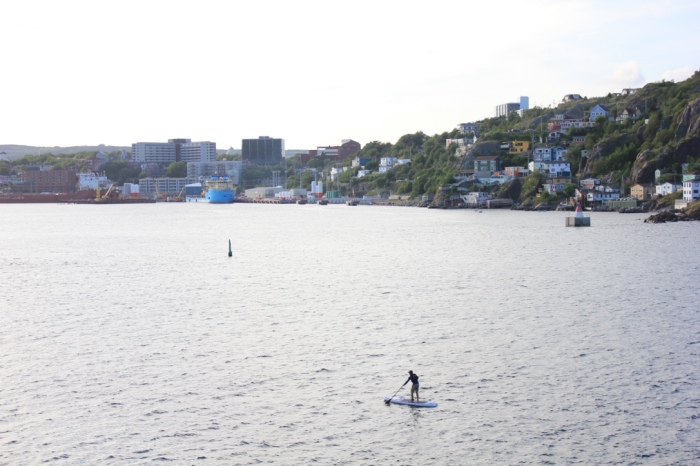 One thought on “Paddling Newfoundland”