A few steps away from the National War Memorial in downtown Ottawa, there’s a statue of Mohawk chief Joseph Brant. I have walked, run and cycled past the statue dozens of times without noticing it. Which is one of the things that Metis educator and artist Jaime Koebel — the woman to Grant’s right in the above photo — is hoping to overturn. Back in May, in time to participate in the annual Jane’s Walk event, she launched her Indigenous Walks company. The walking tours — including the one I joined recently, conducted for a group of 30 teachers — explore local social, political and cultural issues from an Indigenous perspective. That could mean a chat about history beside a statue, or a discussion about alternative justice and sentencing circles outside the courthouse. Other stops on the walk I joined included the National Aboriginal Veterans Monument, another statue I had never noticed before, on the edge of Confederation Park, just off Elgin. Koebel talked about how aboriginal soldiers are typically over-represented in the military during times of war, and the struggles they face when seeking benefits. “Of all the monuments in Ottawa, this is the only one that doesn’t need extra maintenance because of bird poop,” she added. “I like to think it’s because of a higher power, but it’s probably because of the bird of prey.” 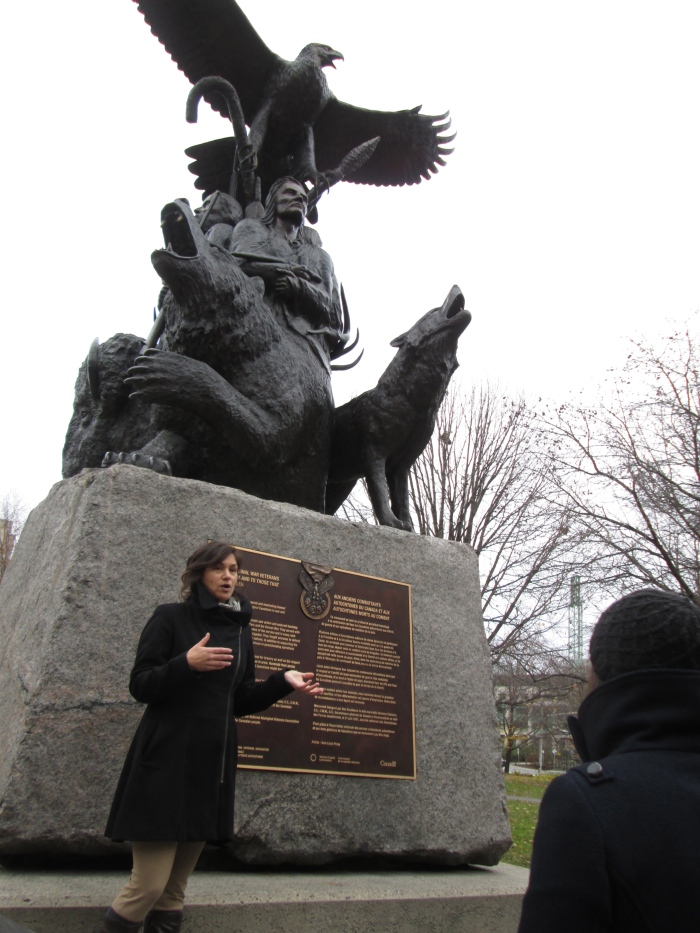