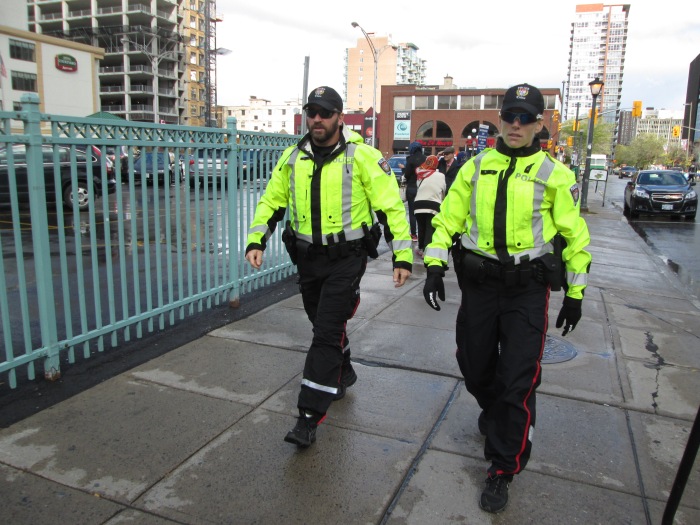 I just can’t seem to get away from the police. After spending a couple days with foot patrol officers in Philadelphia last year, I decided to investigate how a cross-section of Canadian cities are handling walking beats. Constables Jen Biondi and Craig Barlow of the Ottawa Police Service were generous with their time and answers on a recent afternoon in the ByWard Market. As Barlow told me, while dealing with panhandlers, abandoned bicycles and people asleep on the ground, “We’re not slaves to a computer, waiting around for calls. It’s a front-row view of life.” But this is only one scene in what Jane Jacobs calls the sidewalk ballet. I spoke to police sergeants, a chief, criminologists (including beat cop turned academic Peter Moskos), oversight bodies and lawyers in several cities and have written a story for the upcoming December national issue of the urban affairs magazine Spacing. In addition to providing a forum for discussing the pros and cons of foot patrol from an urbanist perspective, there’s another great thing to note about the magazine: it has a walking editor!