Andrew Markle is living the dream. He and Brecken Hancock, his partner in life and business, run a dog walking company in Ottawa called Walk It Off. Both are writers at heart: she’s a poet, he’s into science fiction and fantasy. But five days a week, he makes the rounds in mid-town, picking up six or seven dogs, then drives to a secret forest in the suburbs for an hour of off-leash fun. I joined Andrew for a walk today, part of my investigation into the intersection of walking and economy (Brecken, who has a full-time government job, handles most of the client relations work). His two favourite things about this kind of employment: it pays well and it’s part-time, allowing him to work on his novel in-progress and computer programming; and, of course, the walking. It was great to get out into the woods with him on a sunny, crisp today — reminded me that I have been spending too much time at my desk of late. I also realized how much dogs are like kids. They’ll wander, wrestle, race ahead and lag behind. And after the outing, they’re tired. 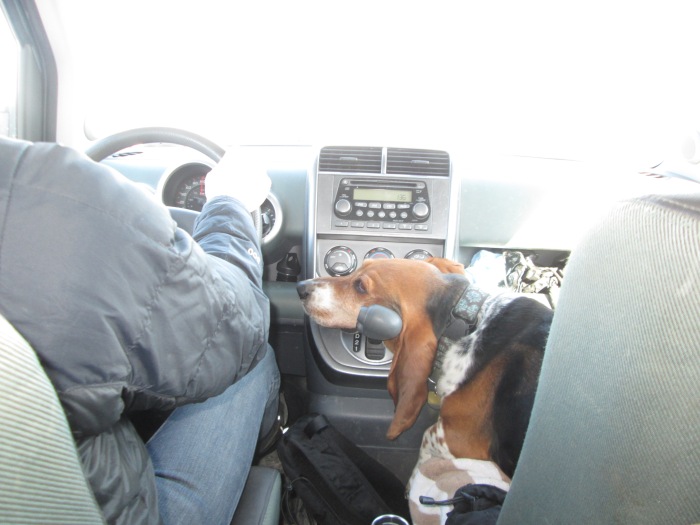